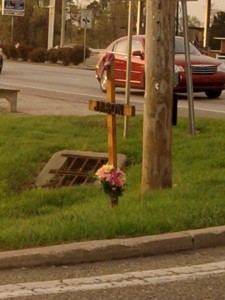 This cross says “Jason” and has a teenager’s hat hanging from the top of it. The cross has been there for at least a few years. I don’t remember hearing the story of “Jason’s” death or the accident I feel sure caused it. But his presence remains on that street corner. He had a life but all I know about him is that he was killed on this street corner.  I have driven past this cross hundreds of times and my eyes almost always go straight to that cross.

A few days ago while in my car rushing to get one of my kids to soccer practice, I stopped at the light next to the cross. My eyes quickly noticed a car off the side of the road, parked with a door hanging open. I scanned the area and there she was a witness to the life of “Jason”.  A woman was taking down the old flowers and tying new spring flowers to the base of the cross. She worked quickly but gently. I noticed she did not disturb the ball cap, faded from the sun and worn down from the weather. After she tied the flowers she stood up and looked at the cross for a moment and the light turned green.  My heart sank and I said to my kids “Did you see her?”  My daughter responded “yes, do you think it was his mom?” I replied “I think it was.”

In that brief moment his life was revealed to me. He had a mom, most likely a family and friends; possibly a church community and school community that loved him and I feel sure misses him. He was no longer just a cross at an intersection but someone’s son.

It is the love we have for one another that makes us alive. It is the relationships we share that give us life. It is that mom mourning for her son that makes us feel. It is the cross on the side of the road that tells of our existence but it is the people left behind that keep that person alive in their hearts and their memories. 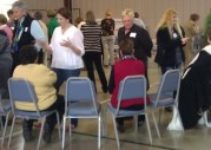 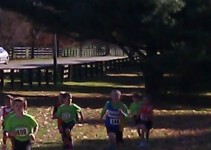 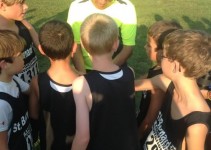