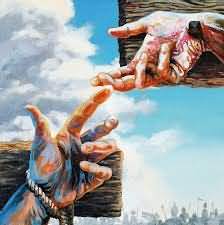 “Remember me when you come into your kingdom.”

I hung there next to the one they called Jesus. I hung writhing in pain and I listened as they mocked him. They were so cruel to this man, this Jesus of Nazareth, who was silent not with shame or guilt, not the criminal that I was. This Jesus had only made the religious people mad. He had not killed, cheated or stolen anything yet these people stood watching him in his agony. They affixed a sign above his head that read “King of the Jews”. He did not look like a king. But they taunted him with a crown of thorns from which his head bleed. Who would have the right to crucify a king? The other criminal there that hour mocked this Jesus also. He ridiculed him “Are you not the Messiah? Save yourself and us.” I could take it no longer. I rebuked him “Have you no fear of God, for you are subject to the same condemnation? An indeed, we have been condemned justly, for the sentence we received corresponds to our crimes, but this man has done nothing criminal”. Then I addressed this silent man and said “Jesus, remember me when you come into your kingdom.” I was never a religious man but there was something different about this man. This Jesus I had heard about was kind and I even heard had worked a miracle with a blind man and a leper. I thought to myself who I am to say He is not the son of God.

He replied to me, “Amen, I say to you, today you will be with me in Paradise.” I was awestruck when I heard his voice and it took me a moment in my dazed state to comprehend his words. But when I understood my body shook and tingled with relief. This Jesus, I now completely believed was the son of God. I saw the eclipse of the sun and felt the ground rumble and I believe it was because he was hanging next to me. I deserved my punishment for the crime I committed but this Jesus was being crucified for a different reason. I heard him as he pleaded with his father “Forgive them father they know not what they do.”I heard him speak to his mother and his friend. Then I heard him give himself over to his father. For the first time in years I prayed in thanks to God that I was dying next to Jesus. I prayed that I would join Him like he promised me.

The last thing I heard was a centurion say “Truly, this was the son of God.”

I closed my eyes to this world and opened them to Jesus Christ in all his glory and splendor without blood or pain in his eyes and with his arms open waiting to accept me…me the criminal that hung beside him that day. Jesus Christ held me in Paradise in his arms and said “You believed, you loved me” and I have never left his side since that day… that Good Friday. 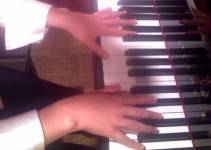 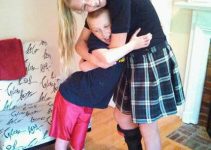 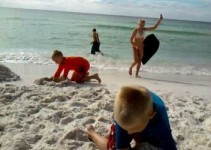