If You’re Going Through Hell Lyrics

This weekend my family and 6 other families went camping.  We had a great time together.  We were able to swim, rent boats, go tubing and have lots of fun together around the campfire.  Saturday evening most of the moms and children went to the marina to order some dinner.  The marina is a floating dock and right before you enter the store there is a small area where you can look at very large fish swimming.  It was my turn to order the food and my friend said “Go ahead and I will watch your kids.”  No sooner did I go into the store than I heard screaming and splashing.  We ran back out the door and I saw my brother in law Mike and my friend Nicki coming out of the water, fully clothed and soaked and someone handed me my youngest son, Jake he is 4 years old.  Apparently he was looking to closely at the fish and fell into the water, he went straight down and when he came up his head bumped up under a portion of the floating dock so my brother in law and friend Nicki both jumped in to the water neither one of them ever touched the bottom it was too deep.  They got under neath him and pushed him straight up out of the water and my other children helped to pull him out of the water.  He was unharmed but soaked and screaming that the fish were biting him.  Actually my brother in law said they scattered as soon as he hit the water.  My other friend said “Good thing there are angels watching over our kids”.  It was very traumatic for all the children that saw it happen.  A few said they never wanted to go back again.  One had difficulty sleeping that night because of it.  All of them were giving Jake hugs.  It took all of us back and gave us pause at what could have happened.  Had he gone all the way under the dock I don’t know how they would have saved him.  Every time I think about it I start to cry to think what if.  But I don’t want to think like that.

So we are all thanking God that there are angels among us named Mike  and Nicki.  I think that there are angels but the angels in our midst don’t usually have wings they are just good people who act on pure instinct to do what is right no matter what the cost to themselves.  I am forever indebted to Mike and Nicki for acting so quickly to save my little boy.

Who are the angels in your life?  They don’t have to save your child’s life to be an angel.  Who are the people who are just good people who act on pure instinct to do what is right no matter what the cost to themselves?  They are everywhere.  Are you an angel to others?  You probably would never think that but I bet you are to someone definitely your children.  What mom or dad would not lay down his/her own life for his/her own child. What is amazing to me is that another mom and dad did it for my child.  I just want to say thank you, and that is so little for something so great.  So today think of the angels in your life say a little prayer for them today and be an angel to someone else today. 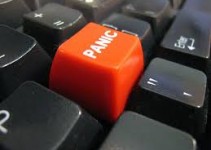 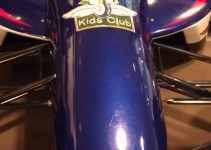 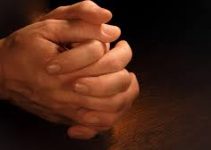