The other day I attended a morning daily Mass.  Father Bob spoke in his brief homily about St. Paul.  He said that one of St. Paul’s notable talents was acknowledging others successes in Christ.  He asked that we might reflect on the successes of ourselves and others in the name of Christ.  That we may consider telling some people thank you for their accomplishments in Christ.  I took it to heart because I love to say thank you to people.  I went home that morning and thought to myself I could write a few thank you notes via email…

Nine and a half hours later I had written 191 email thank you messages and made 2 very important calls. I stopped for lunch, to pick up the kids from school, to play on the playground, to make snacks, to make dinner, to put the kids to bed and finished at 12:40am.  I did not make it a blanket note every email was personalized.  I had to consider from my knowledge what that person had accomplished by following God’s call to them.  Also I thanked them for what they have done to serve others and specifically how much I treasured them from our personal experiences. Most people would think this must have been an exhausting challenge.  On the contrary I truly enjoyed it.  To remember and treasure people and to think of them in the context of God’s love  was such an honor to reveal to each one of  them.  I was nervous telling some people whom I did not know well about God.  Aren’t we all a little nervous about being open with our faith to those we don’t know well?

While writing these notes of encouragement and thank yous it honestly never dawned on me that people would write me back.  Since that day about 120 people have emailed me back in return thanking me. One of the most significant responses I received was how much that meant to that person because at that moment they needed that so badly.

God works through each one of us in unique and important ways.  We just have to be open to His work and let Him use us to  give His grace away.  A few people wrote me back that they wanted to do the same for others.  They then passed on the idea by thanking others around them.  I did not tell the majority of the people I emailed that I was doing it for so many others.  I am telling you this not to brag on my good deed but so that you will listen to what God has called you to do today.  Do I have 9.5 hours to set aside to be friendly to others?  Not really I had a list of things to do that day that did not get accomplished.  I did not pay bills, go to the grocery or write any blogs.  However, I believe what I did, I did for God to show others His Love for each and everyone of them.

So think about it.  Are there people in your life that are blessings here on earth to you this day?  Can you take the time to email them, write to them or call them today?  I had no idea how much a few sentences could mean to others.  God speaks through your words and actions. Today let God say thank you through you to those you know. 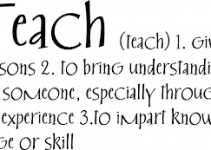