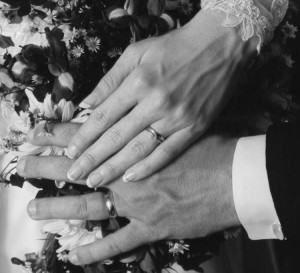 One of my wedding pictures

The early church believed that marriage was a distraction from waiting for the return of Christ to the world. Being married shifted your priorities from full devotion to God to partial devotion to family and partial to God. In the 4th Century marriage was considered a 2nd class spiritual choice. If you truly wanted to serve God you became clergy and the rest were married.

The historical development of the sacrament of marriage was quite interesting. Historically marriage was considered a contract with an exchange of property (the woman and sometimes land) as well as dowry (money for the woman or from the woman’s family). It was a civil affair that the church did not believe they needed to be involved. In fact St. Paul taught that the only reason for marriage was the inability to control sexual desires. His belief formed from his celibacy shaped the church’s teaching on marriage.  Sex within marriage was considered tolerable but only for procreation.

Under Roman law a marriage was considered valid if there was free and spoken consent of the couple to one another through wedding vows.  “I do” was a roman idea and it gave the couple power to marry each other. During the middle ages the lines between Church and State began to blur.  The Church began to seek an influence over marriage to protect the women.  So many times a man would claim he was not married to a woman that claimed they exchanged vows; from this steamed conflicts with inheritance rights and other issues.  In the 11th and 12th century the Church had a period of enlightenment. At this time the Church discovered some writings of St. Augustine from the 6th century. St. Augustine used the word sacremtem in describing marriage. The word meant commitment or vow not sacrament. However they read this in the 12th century and decided that if St. Augustine wrote this marriage must be a sacrament.  Augustine also wrote that the marriage bond was like the bond of Christ to his church. So should be inseparable (no divorces allowed).  In the 16th century during the Council of Trent it was proclaimed that marriage was indeed a sacrament. In the early 1960’s during Vatican II it was said that marriage was not just about procreation but about the sacramental covenant of love that both people agree to and commit their lives. Intimacy is a covenant of love and is holy therefore intimacy is necessary to sustain that love and was a source of holiness or grace. A change in the Church’s teaching.

In today’s world we are free to choose a commitment to a holy life in many ways one of which is marriage. We struggle in today’s world with a disposable culture from cups to marriages and people. However, if the two people entering the marriage enter it as a sacrament in their minds, body and soul committing not only to one another but to God I believe they can make it through the toughest times possible.  The bonding of two spouses becoming one is the most intimate way to know one another and feel the presence of God through the power and gentleness of pure love. God is physically present not only in the intimacy but in witnessing the unconditional love of two people in a committed and spiritual union of marriage. 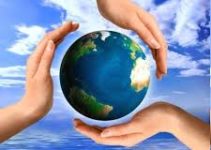 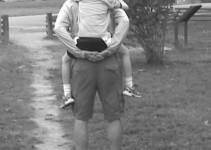 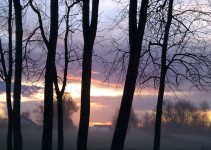