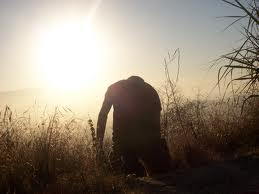 At the end of each Super Soul Sunday Oprah interview, she poses the question what do you think is the difference between spirituality and religion. Most of those interviewed say that religion is imposing and filled with rules. Spirituality is our faith and connection to God. She interviewed a Catholic nun who said religion is a guiding light to a deeper spirituality.

Each person has been created with a soul, a spirit, that contains a piece of divinity within. The soul is constantly craving a connection to God. It is the deepest part of us that has an innate desire for God. Many people attempt to fill this longing with materialism, goals in life, relationships, and other people. Each of us long for something to fill us, that something is a relationship with our creator. Our spirituality is that continuous growth of knowing and coming into relationship with our creator. 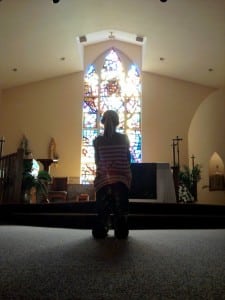 My daughter kneeling in our Church

Religion in it’s purest sense is a way to get to God. Jesus Christ came to the world and critiqued the religion of the time, the way the people misinterpreted it. Jesus Christ did not come to abolish the law, but to fulfill it. The beatitudes were given to us to take the commandments and instead of following the rules, to internalize a new way of living in the goodness of God’s love. Jesus Christ did not abolish religion instead he said to Peter, “On this rock I will build my church.” Religion was not meant to be a barrier to God, but a clearer way to God’s love.

One of the problems is that religion is administered by imperfect human beings, although the holy spirit is what has sustained the Church. The laws and rules of the church, in their purest sense were meant to give us each a path to good, moral choices, that would lead us closer to God. The hierarchy of the church has made grave mistakes, and outright horrible choices, and terrible sins. It is what makes the children of God want to retreat to spirituality and run from the church. It is understandable, when one looks at the horror of those actions, and the trail of victims trying to recover from the crimes.

However, I don’t believe that religion opposes spirituality or vice versa. I think they go hand in hand. One can lead the other to the ultimate objective to coming into a deeper relationship with God. Spirituality is at our core, and religion brings us community and a map to dig deeper into the mystery of God. Religion doesn’t oppose spirituality instead they are complimentary to one another. 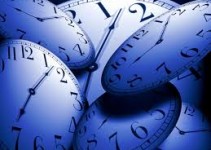 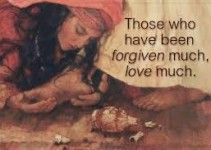 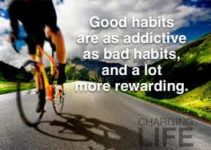