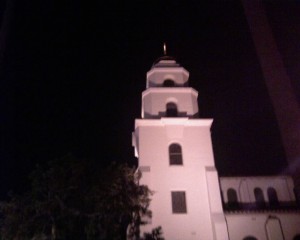 The Catholic Church in Beverly Hills

Driving down Santa Monica Boulevard in search of the Hollywood sign, I spotted it, a church sign that read Mass at 5:30 p.m. It was 5:15 p.m. and we had just stumbled across a Catholic Church in Beverly Hills.
Seated in the modest church, the opening song began, “Gather Us In.” I could not help but chuckle when we sang in harmony with the wealthiest people in the United States, “Gather us in the rich and the haughty.” In the beginning the priest said “God calls us all to help the poor.” I began the Mass thinking about the irony of participating in a Mass with the richest of the rich when the Gospel was the beatitudes.

The homily was about an inner city Catholic School caught in the cross fire of thirteen gangs. Stories were told of the senseless murders of students in drive-by shootings and robberies and of the parents struggling to send their children to this school in hope that the education and faith in God will help them to escape their harsh reality. Moved to tears and witnessing another woman wiping her eyes, I finally felt it – the connection that is both human and Catholic. Although these people make more money in one year than my husband and I will in an entire lifetime, they are still people of faith. On their knees they pray to God; they receive the body of Christ just as I did; they are the body of Christ, just as I am.
As we climbed into the car to continue the search for the Hollywood sign, I told my husband “This Mass is why we came to Hollywood.”
In all places there are rich and poor, but if we can work, pray, and take care of each other, then together we can do the work of God. God sends us on journeys, and many times we cannot understand the reason or His timing, but if we open our hearts and our minds He will reveal the truth, the light, and the way to each of us. 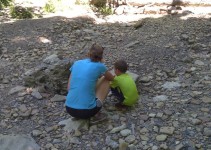 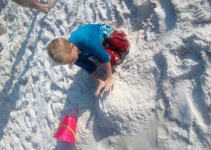