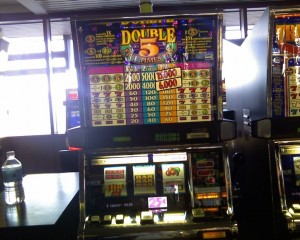 The Slot Machine In Las Vegas

“Promise me you will play $1, just $1 to say you have done it!” my friend pleaded with me before I left for my journey to California. You see I had a lay over in Las Vegas. “Ok, $1 but that is it!”, I told her. My philosophy of gambling is that if you gamble you are guarenteed one thing and one thing only that the money you put in the machine or on the table is guarenteed to be gone when the game is finished. Yes, of course I gamble at Church Picnics because all the money I lose goes straight back to the Church and to gamble for a charity is fine with me because it is really a donation. However, to throw my money away in the lottery full well knowing the odds of winning are lower than the odds of me being hit by lightening does not make it a wise investment or deciscion to play.

My third child Spencer, he is 6 years old, continuously begged me for weeks everytime we went to the grocery store to play the claw game. It’s the game with the big metal claw that drops down and contracts sometimes picking up a stuffed animal, if you win.  I explained to him that the people who stock the claw game machine push the stuffed animals very close together so that the claw cannot pull up a toy or animal. It is like gambling there is no gurantee other than to lose your quarter, of course in the case of my children it is actually my quarter!

Well, I noticed that he was not getting the idea. So one day I said “Spencer, I will let you play the game.” He was extactic jumping up and down naming the stuffed animal he wanted to win, eyes full of hope that it would happen for him. Before we put the quarter into the correct slot I explained exactly how it would work, he would move the joystick to the place above the stuffed animal he wanted and that there were only 30 seconds and you push the red button and there the claw would drop. He seemed like he understood it. So here was his time, he dropped the quarter in the slot and what lasted 30 seconds in his little mind lasted 10 seconds and suddenly the claw dropped and retrieved nothing for my very dissappointed 6 year old. I turned to him and said with kindness and sympathy, “Spencer, this is what I have been trying to explain to you, the only thing you are guarenteed when you gamble is that you will lose your money.  At a church picnic it is fine because we give the money in a fun way to charity but in the claw game you give it to a person who is making money off of you losing the game.” Spencer looked up at me and said “Well, that’s just mean!” I explained it’s not mean it’s gambling.  The next time we went to the store with all of the children Spencer walked up to the claw game and announced to his siblings “The only thing your guarenteed is to lose your quarter if you play this game!” He doesn’t ask to play it anymore.

While in the airport against my better judgment I kept my promise and played my $1 and watched it go down the drain just as I thought it would do. Gambling for me is not fun it is a sure way to lose money. Guess I am just a realist! 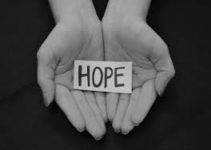 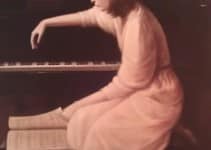 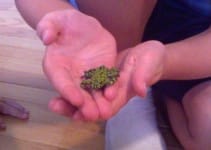