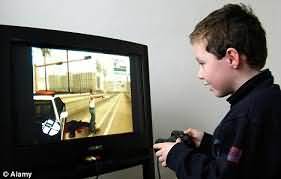 Do you know what games your children are playing?

“Mom, can I play my DS?” my 10 year old son asked with a sweet begging smile on his face. He knows the rule 30 minutes a day. Anytime I allow him to play with no limit he continues until I stop him. At a friend’s house for a sleep over I was told that he played it for 5 hours straight.

Moms all around me believe that video games can’t hurt anyone. It’s a great thing to keep the kids occupied and quiet. “We played video games growing up; Atari and Colleco Vision. We turned out fine. So, what could be wrong with letting our children play?” Well, my friends the world has changed and so have the video games. Our children are no longer playing Asteroids, an Atari game, where the objective is to blow up asteroids in outer space. Now they are playing games like Call of Duty with graphic violence blowing up people, viewing body parts flying into the air and splattering blood. Many parents do not realize that this exposure is causing desensitization- to make less sensitive. Basically it means the more one is exposed to a certain subject or picture the less they feel for it. The more violence they are exposed to the less shocked they are by it and more accepting they are of it. Of course it is not video games alone that they are exposed to; our movies, TV, news and books. Hunger Games was an extremely popular teen book. In fact it was a book that my daughter had to read for 6th grade literature. The theme of the book was an immoral act of violence pitting children against one another with weapons while watched by viewers. The winner was the person who survived and killed the other children.

Violence in our society from teens and young adults is changing and what they are watching is contributing to their downslide. I am not saying playing Mario Brothers on a DS for an hour a day will damage your child’s brain. I am saying as parents we need to monitor what they are playing and for how long.

So, what should we do to change it? They love their video games! Everything that brings pleasure to our children is not always good. Take the time to research the game before you buy it or let them buy or borrow it. Limit their game time. Make sure they are playing outside and doing other things that are healthy. Encourage sports and play dates where they interact with others instead of sitting alone with their videogames. It won’t be an easy change but it is an important one to consider making in our families. Being a parent is in no way easy but it is our responsibility to raise our children to be good, healthy, considerate and non violent citizens of this world. 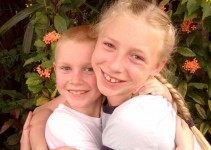 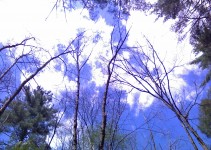 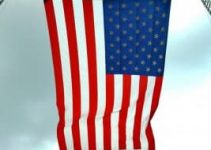