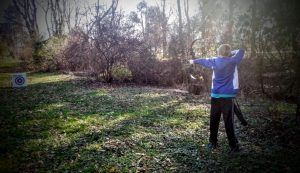 Jake with his bow

Jake received an archery set for Christmas from Santa this year. He attended conservation camp this summer and learned how to shoot with a bow and arrow. He hit the target numerous times. Later in the fall we went to a church picnic that had an archery area set up. He hit the target twice and won a few prizes. One of the prizes was a having his name put in a drawing for an archery set. He lost the drawing but hung on to the idea of the archery set. Christmas morning he found a bow, arrows, quiver, and a target under the Christmas tree.

He has enjoyed practicing archery, although it has been too cold to practice much yet. He knows the correct stance, and listens well to directions about how to improve his aim. He steadies his hands, takes his time aiming, looks at the target, thinks about what to do and eventually when he is completely ready he fires off the shoot. He is a good shot.

In our lives we aim for many different targets. We are motivated somehow much like Jake by trying something new and discovering we enjoy it. We try it a few times and decide to invest some time in that interest. Along the way we usually do a little research and try to learn more about that new goal. We let other people guide us, we find our stance, take aim, look to the target, and then give it all we have, letting that arrow soar. Sometimes it doesn’t matter as much if we hit the target or miss it as long as we had a great time getting to that point. Many times we get so caught up in the goal that we forget to appreciate the journey of learning that happened along the way. Next time you have a goal remember that meeting the actual target is only 10% of the entire experience. Let’s learn to enjoy the journey! 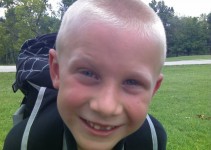 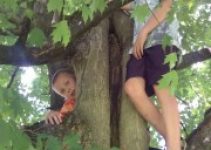