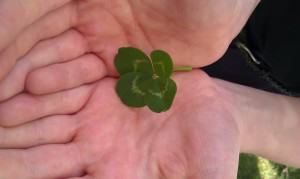 “Mom, Mom! You won’t believe this Mom! Look what I found; a four leaf clover!” Spencer yelled with excitement as he cautiously walked over to me. He opened his hands and there it was right in the palm of his opened hands. I inspected it to make sure he wasn’t trying to trick me, like my kids often do, by putting two clovers together or splitting a clover. It was real!

“I spotted it from the road and ran over to see if it really was a four leaf clover. It is! It is the first one I have ever found!” Spencer explained to me.

How often in life do we walk upon our own roads and fail to look on either side to see the four leaf clovers. We are looking straight ahead or thinking of what is around the next corner. Oh, but not my Spencer, he is known for walking too slow and looking all around him. We are constantly pushing him to catch up or to stay with us. Maybe Spencer knows a secret we don’t; maybe Spencer realizes how important it is to look all around us. Spencer is the only one of us who found such a rare treasure. Maybe we should all try to be a bit more like Spencer and look around our lives instead of speeding straight through it. How rare would that be if we were to slow down and how rewarding! 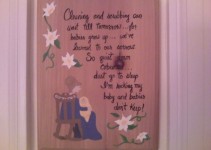 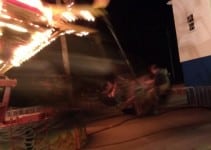 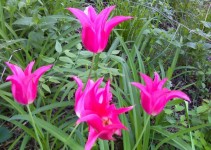