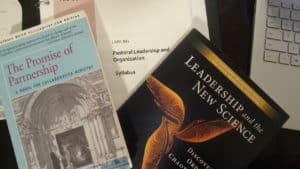 I started my 9th course for Master’s Degree Program; Pastoral Leadership and Organization. I am learning about different leadership styles and what it takes to be an effective leader. Leaders earn credibility and power by the way they lead others. Richard Rohr, from our online video, discussed the importance of being grounded in one’s faith before leading others. If we are not grounded, then we are constantly defending our ideas and cannot be open to the ideas of others. Those who are grounded in their faith and understand that God wants us to be open to others talents and visions are ready to lead. The video also referred to the difference between managers; those who assign and designate, organize, and supervise a task and leaders; those who bring people together and share a vision filled with energy for the outcome of the common good of the organization.

One of the wise women in my class noted the difference she has noticed in great leaders and those who were ineffective in her life. Think back to at least 2 or 3 of your past bosses. Who had a vision, encouraged your talents, empowered creativity, and was an effective leader? Who watched you constantly criticizing your every move, and making sure you did the task exactly the way that person required. You may not know the answer to this question but were you aware of the faith life of the different bosses you had? I am not saying that one religion is better than another religion, actually this idea is not about religion, it is about the depth of the person’s faith life. Did you have a boss that had a deep understanding of God and a good grounded relationship with God? Did you have a boss that had no faith at all and just didn’t seem grounded in his own beliefs, but lost and faltering, taking his/her emotions out on you?

We discussed this idea and I could really see the difference between a few of my bosses. My current boss has an amazing vision for the future of our organization. She is open to all of my creative ideas, she empowers me to be the best teacher, and encourages me to take risks and challenges for the good of our students. I had a boss in the past who had to have things just so in all that I did. It’s as though because she had no control over her faith life that she felt like she had to control me and others around me.

One of the best ways to become an effective leader is to become our complete selves by searching out God, consistently pursuing a deeper relationship with God, and becoming open to God’s vision for our lives. When we are secure with ourselves, grounded in our own beliefs then we no longer have to own “power” instead we want to share it with everyone. The Kingdom of God here on earth doesn’t have a person on a throne looking down on their subjects. The Kingdom on earth is everyone loving everyone, willing the good of another, so that love and kindness can triumph and the world can be at peace. The most effective leaders are grounded in their faith life and open to visions of a future of good will for all.

how others get rid of brown recluse spiders 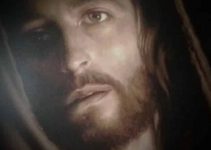 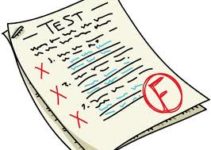 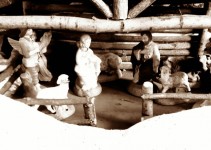