I am proud to be a Catholic. Sure, there are many issues I do not agree with the Catholic Church. The core beliefs about Jesus Christ and His love of all people and His Father are the reasons I will never leave. Yes, there is sexism in the Catholic Church (Yes, you read that right) and I pray that one day there won’t be. I pray that one day the patriarchal hierarchy of the Catholic Church will allow the Holy Spirit to work through them and realize that women have been called to be priests and deacons. Jesus Christ loved all people including women, the risen Christ appeared first to Mary Magdalen before any man for a reason! She was the first true preacher of the Resurrection. I also am aware of the daunting fact that the Mass did not change for 400 years! The work of the Church is unbelievably slow.

However, Pope Francis makes it easy to be proud to be a Catholic!! He says, “Who am I to judge” he loves like no other does. He wants public showers in the Vatican bathrooms so that the homeless have a place to shower. He wants us to see Christ in all the marginalized of the world. But he doesn’t just say these things he lives them. God set Pope Francis in this position from the apostolic mark of the Church and I feel sure he is the closest representation of Jesus Christ I will ever witness in my lifetime. His first words as Pope were, “Pray for me, I am a sinner.” Who says that? A true contrite man of God who has been sent by God to do the will of his father on earth!  He makes me proud to be a Catholic and happy to follow in his footsteps 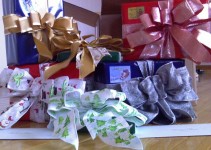